When the technique of fine needle aspiration was initially reported it always included aspiration and that is the technique that practitioners utilized for the following decades. However, a new method, Zajdela or French technique, was developed which excluded the aspiration portion of the procedure. Since this new needle-only technique resulted in less blood in the sample, many people began to exclusively use it. More recent studies though have shown that there are some cases in which the vacuum technique is consistently more accurate. These cases usually include cyst aspiration and scarred or unusually tough lesions. Unfortunately, many physicians who are performing these procedures don’t know when they should use which technique or how to properly execute the vacuum technique.

FNA procedures are typically performed with a needle that is under 20 microns while most blood draws are performed with 23 to 27 micron needles. This smaller size doesn’t typically prevent the collection of cells because red blood cells range from 7 to 10 microns in diameter and can still easily enter this size needle. Another important feature of the needles that are utilized is that the end is beveled, which means that it can cut into the growth. During the fine needle aspiration procedure, the needle will be repeatedly pushed into the tissue creating cuts so that the cells are scrapped into the hollow section of the needle. The cells then travel up the needle via the pushing method. If the procedure is being performed on a cyst, the fluid will first be aspirated from the cyst and then a separate FNA pass will be performed to test the nature of the cells of the solid sections. If the vacuum technique is being utilized, the practitioner will place the needle under guidance of ultrasound, then they will instruct an assistant to apply the vacuum. In cyst aspiration procedures, the vacuum will be maintained throughout but if the mass is solid, it will be disconnected after the cells have been collected. The use of ultrasound technology for needle placement is extremely common during this procedure because it allows the practitioner to have a visual awareness of where the needle is before they collect cells or fluids.

After the cells have been gathered into the needle, the cells will be placed on a glass slide and either air or fixed in alcohol. In either case, it is imperative that this fixation occur immediately to prevent contamination or poor results. Afterwards, the slide will be stained and can be reviewed shortly after the actual collection occurred. It is important that the cells are placed on the slides in a delicate manner as they can become damaged. Additionally, it is possible for the results to be distorted by the presence of too many other substances, such as blood. Unfortunately, the vacuum technique does typically introduce more blood into the sample than the needle-only technique does. Therefore, it is even more important when the vacuum technique needs to be utilized that the slides are prepared skillfully by a fine needle aspiration specialist. 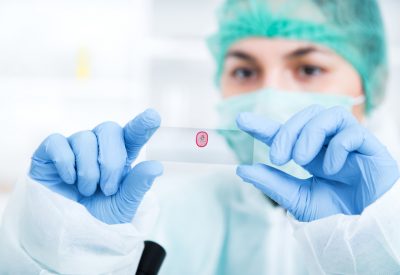 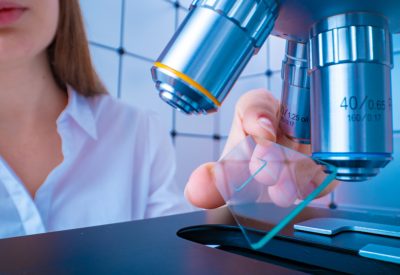 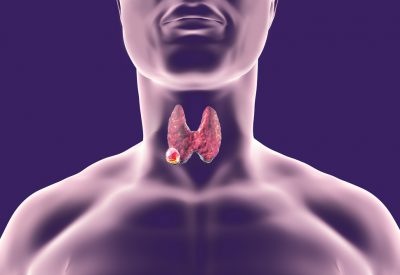